Thanks to everyone who took the time to read this, especially those who offered comments. Some felt it’s overwritten and too detailed, more storybook than synopsis. I guess that’s true. Trying to be a professional screenwriter is such a longshot; chances are my stories will never be produced or seen. But here, in my little studio apartment of the Blogosphere, I still get to call the shots as long as there’s even ONE person who’ll read it. I’m grateful you’re here, and I owe you an ending, so here it is…

Norgaard and Sven are reunited with Sklagg and Klagg. Nadian finds two Druid children, LARZAN and MAYLA, who were also captured by the Giants. Nadian devises a secret plan with them. Loki appears to Galen, announcing the Chosen Warrior wasn’t captured and will be the Giants’ undoing unless Galen kills the boy himself. Galen calls for the young prisoners to be brought to the stage.

Before Nadian, Klagg, Sklagg and Billy are dragged from the cage, Nadian tosses a small bag to Larzan and Mayla, the Druid children, and admonishes them to remember what she taught them.

Suspended above a cooking pot filled with boiling water, it doesn’t look good for the youngsters. They will be served in a blood feast. Klagg is angry because you don’t get to sit at Odin’s table in Valhalla unless you die in battle. Being boiled alive to feed a Giant doesn’t count… that just figures.

Jimmy knows he has to rescue all of them, but how? He’s run out of ideas.  He’s tired. All this talk of Viking ways and Druid codes and perfect balance has left him completely unraveled.

Odin appears. Jimmy says he hates him—for taking Billy, for sending Jimmy back to this place, for making him feel like he could matter. He’s not a Chosen Warrior. He’s forgotten the advice of his Viking ancestors. He’s sorry! Is all this Viking stuff some kind of punishment for not listening? Is this why his Dad had to die so soon? He can’t help the tears as he grits his teeth.

Odin softens. He tells Jimmy he isn’t punished. He’s privileged. “It feels the same,” Jimmy snaps. Odin replies, “That is what being alive feels like, a series of punishments and privileges.  Learn from the enemy and you’ll know how to defeat it.” Jimmy asks if that’s the Viking Way. Odin laughs. “When everything is in balance inside you, no matter what Code or Way you believe in, even a simple boy can wield the power of the Gods.” And with that, Jimmy springs into action.

Back in the cage, Larzan and Mayla plant the seeds Nadian gave them; they make huge vines grow out of the rocks that pry open the bars of the cage. They escape, along with all the captured children. Sven gets his sword back; Norgaard grabs two.

Jimmy knocks over the bubbling cauldron onto the Giants and unties Nadian, Billy, Klagg and Sklagg. Nadian uses Druid magic to help guide the rapidly-growing vines to help them.

The Heroes see a corral of War Cats nearby, huge tigers with wings. They realize it’s the only way to escape. The growing vines soon sprout flowers with rows of sharp teeth that eat anything that climbs it. While the Giants suffer casualties, Jimmy again uses his dagger-darts to save the day. The Heroes also discover War Cats only obey someone who truly holds the power of life and death over them.

Fearlessly, Jimmy intimidates the War Cats into obeying him, them but not before one of them mauls Norgaard.  Mortally injured, Norgaard sees Galen and his guards approach and stays back to fight. Before he dies, Norgaard tells Sven how proud he is to have him for a son, that he truly knows the Viking Way. The surviving Heroes, along with a cadre of rescued Viking and Druid children, escape aboard the flying War Cats.

Jimmy and Billy reconcile the conflicts that brought them to the Viking world. In flight, Jimmy urges Sven to trust and follow him. Jimmy lands his War Cat on a frozen lake and instructs the kids he’s rescued to gather sticks from a nearby forest. Jimmy acts like the true leader he has become. Loki appears and urges Jimmy to give up; the odds of victory are too small against such a formidable enemy. Jimmy says he’s through being pushed around by men or Gods. Everybody’s going to start playing by his rules.

Galen tells Loki that because he failed to kill the Chosen Warrior, he’ll be stripped of his God powers and forced to work in the sludge pits when Galen conquers the world.  Jimmy tricks Galen to fight without using magic and uses his agility to steal Odin’s Eye from around Galen’s neck.

When Jimmy’s friends return with sticks they gathered, he coordinates them into a hockey team. They slide on the ice and keep Odin’s Eye away from the clumsy Giants, using the amulet like a hockey puck. Billy slips. Galen lifts his club to kill him. Jimmy finally remembers all the advice his Dad once gave him:

Look in the center

What do you see

When all come together

The power of three

He looks at the Valknut symbol on his runestone necklace. In the center of the symbol, all three of the interlocking triangles intersect. It then changes before Jimmy’s eyes until it looks just like a dart board…  complete with a bullseye.

Jimmy looks down at the amulet he’s been using as a puck. Loki appears once more. He’s switched allegiances yet again, deciding life in a sludge pit isn’t the bright future he was looking for. Loki mentions to Jimmy that a well-placed shot to Galen’s head will kill him, if both the projectile and the shot are powerful enough. Jimmy sets up his Dad’s signature hockey move, the Svensson-Slap-Shot, and shoots Odin’s Eye at Galen’s forehead. Galen blows up, destroying the amulet as well.

Switching sides yet again, Loki now tries to incite the Giants to overpower Jimmy now that the amulet’s destroyed. Loki denounces Odin and vows to rule the Giants when they win the war. The remaining Giants close in. Even without Galen, the Giant army seems insurmountable.

Kylem appears, rising from the ground with companies of well-armed Druid soldiers by his side. Nadian is surprised when he apologizes for doubting her and hands her complete command of his army. She’s earned his respect by not only mastering the Code of Druids, but also mastering the honor, courage and strength that comes from doing things the Viking Way. With such skills, she will make an excellent leader for the Druids one day. Nodding solemnly, Nadian accepts.

Odin reappears to Jimmy, who questions him: when all come together, the power of three…  which three things was it? The Honor, Courage and Strength of the Viking Way? The Precision, Patience and Loyalty of the Druid’s Code? Or was it the fact that Gods, Human and Giants (that is, Loki, who’s a Giant) all worked together to defeat Galen? Odin says it was all of these things. When Jimmy finally embodied the spirit of all those elements, working in perfect synchronization…  Jimmy finishes Odin’s thought. “I saw the center of the triangles wasn’t ‘nothing’. It was ‘everything’. The triangles all meet in that one spot. So whatever you believe in, you can always find something everyone has in common.” Odin nods; the boy has become a man.

Over the horizon march thousands of Viking fighters, biting their shields and raging with battle lust. On the sea, hundreds of Viking longboats—all with fierce dragon’s heads carved into their prows—carry Viking warriors to the battle. Jimmy and Billy both commit to helping Sven and Nadian fight the Giant army.

Despite the fact Loki actually did help save the world, Odin is fed up with his treachery. He strips Loki of his powers and drops him into a hole in the ground, sealing it for a thousand years. He apologizes to his one true son, Thor, for showing Loki such preferential treatment all these years.

After the victory, Sven delivers a solemn eulogy for Norgaard and the other fallen warriors. Vikings and Druids commemorate as one people, no longer enemies, each with a point of view that matters. Jimmy finally forgives his father and says goodbye to him. Jimmy and Nadian kiss; Jimmy and Sven proclaim their friendship with a handshake. Odin appears. Jimmy apologizes that he destroyed the amulet, Odin’s Eye. but Odin flips up his eye patch to show the Eye went right back where it belongs, in his head.

Jimmy realizes something else– he wasn’t destined to be with Nadian, they belong to different times, different worlds. But he sees the way Sven looks at Nadian, with love in his eyes… and how she might someday love Sven as well. It becomes clear who these two people are, and why Jimmy was chosen to return here in the first place. Sven and Nadian are his ancestors… direct ancestors.  Jimmy gives his runestone necklace to Sven, knowing Sven will pass it down to his child one day and through generations, it will one day end up in Jimmy’s hands. Proud of both the modern-day boys, Odin sends Jimmy and Billy back to their proper time.

Later… Odin, as boisterous as ever, welcomes newly Fallen Warriors to his Hall of Valhalla. Frigg and Thor are there to celebrate. One Fallen Warrior is Norgaard. They eat and drink together, laughing loudly, sharing stories of days past and days to come. 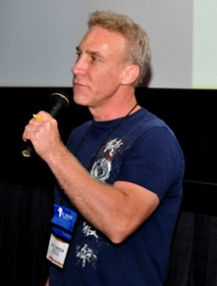 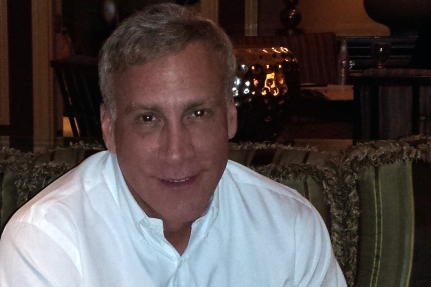 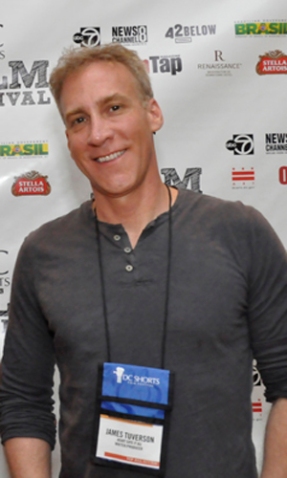 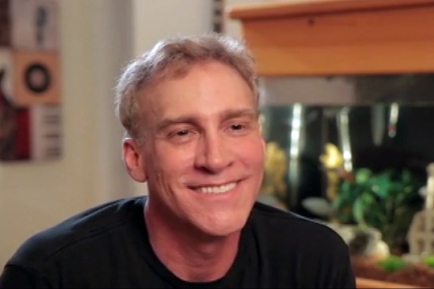 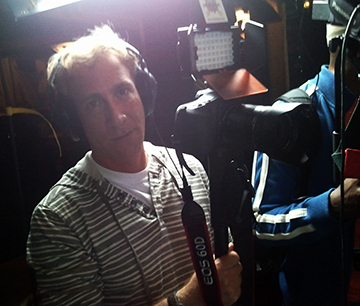 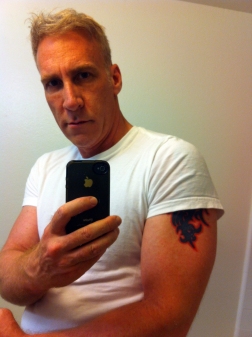 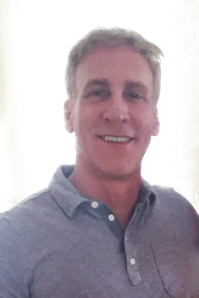 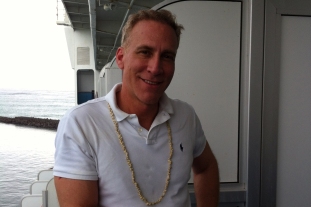 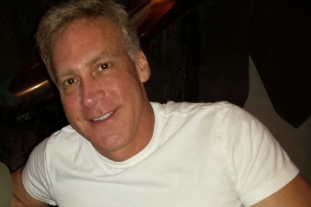 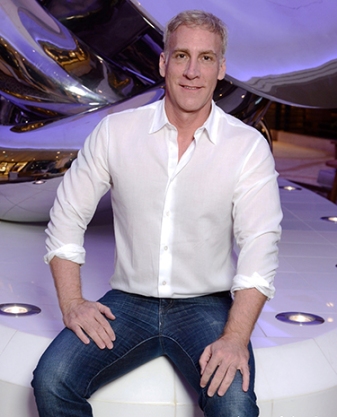 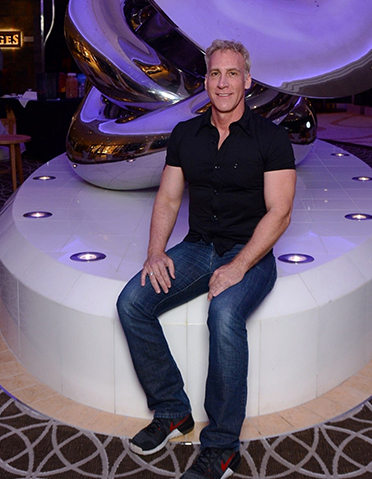 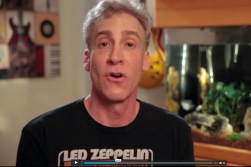 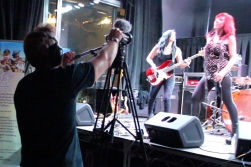 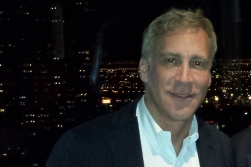